I made a website to encourage you to do something weird and uncomfortable when you eat out: Before you order, say how much you're going to tip.

When you order a meal at a restaurant in the US and some other countries there is an expectation you will pay a tip in addition to the price of the meal. Servers in the US typically earn a wage of $2.13 per hour, and rely on tips for any kind of viable income.

The tip normally isn't decided until after the meal. That creates a really gross power dynamic, in which the customer has the power to deprive the server of income. Servers put up with really shitty behaviour from customers, for fear of not being able to pay rent. As a result the restaurant industry has by far the worst rates of sexual harassment.

Yes it would be awesome if the minimum wage was raised and the need for tipping eliminated, but to date the political will to do so has not existed. This is an issue requiring cultural change, and cultural change begins with the countercultural actions of individuals.

So what can we do individually to opt out of the gross power dynamic of tipping, and share power with servers? Remove the implicit threat of withholding tips. Say up front how much you tip, and commit to tipping that much. 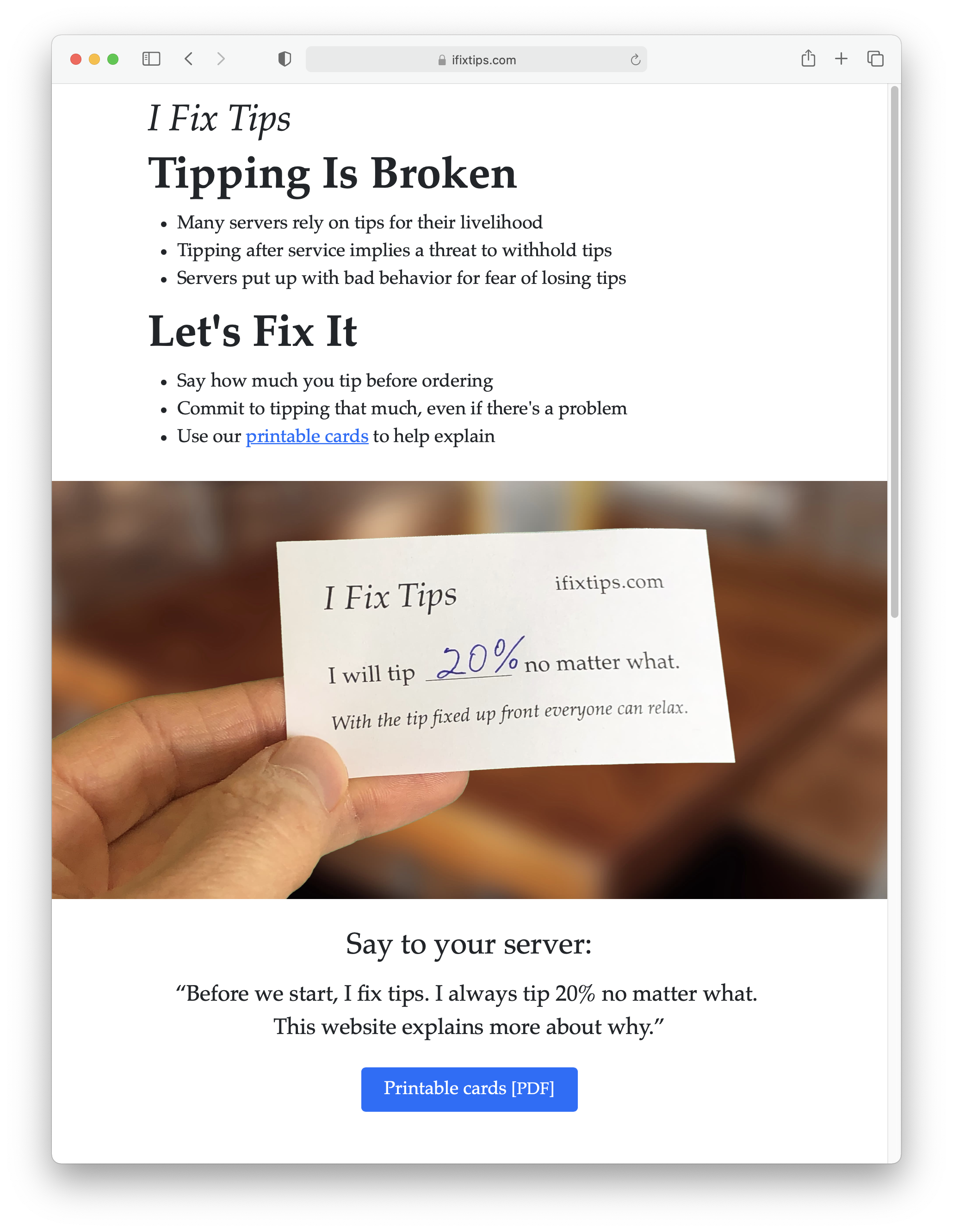